Bass desires – A story of coincidence

“Your manuscript is both good and original,” is a quote attributed to Dr. Samuel Johnson (although for the sake of accuracy it is worth pointing out that there is not one scrap of evidence that he ever said it). The quote goes on to say “The part that is good is not original, and the part that is original is not good.”

A savage condemnation and yet, without doubt, a criticism which could fairly be leveled at a great deal of creative work in every artistic field, from literature to advertising copy.

There is nothing new under the sun, another quote which is ironically from the Bible (Ecclesiastes 1:9) thus proving that the concept of plagiarism, either accidental or not, is almost as old as religion.

Every idea that seems new to a new generation, is likely to have its roots in the past.

But occasionally it is possible to come up with an idea that is both good and original.

Even then the possibility exists that someone will be able to find an example of somebody doing this years ago but at the very least this is something that has been hit upon without reference to an earlier work. 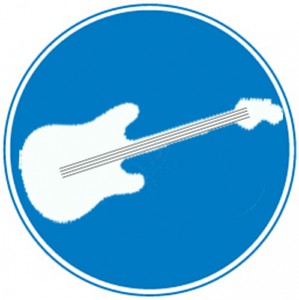 The humble bass guitar, it’s exponents the butt of so many jokes, which by the way are almost all plagiarised from the much earlier “viola jokes”, is coming out of the shadows and into the spotlight in a small corner of England.

Victor Hugo said in Histoire d’un Crime “On resiste a l’invasion des armees; on ne resiste pas a l’invasion des idees.” (One can resist the invasion of armies; one cannot resist the invasion of ideas.) This has been translated into English as the famous quote “Nothing can stop an idea who’s time has come.” http://www.quotecounterquote.com/2011/02/nothing-is-more-powerful-than-idea.html

Sadly, in this modern world, this seems all too often to be true of phenomena like Gangnam Style, or global terrorism, but in this case it is the rather more acceptable idea of making music using only the bass guitar.

When I suggest that this is an idea who’s time has come, I am not expecting this to be a feature item on the One Show, or front page news in the Tabloids. I am referring to the romantic concept that ideas somehow fleet through space until they strike a receptive mind. Success has been called 1% inspiration 99% perspiration but without that one percent there is nothing to perspire over.

If ideas really do zoom across the universe like neutrinos (perhaps they could be called Ideons?) then two identical (or at least very similar) ones struck two receptive minds in Kent in recent years. Two completely separate bass players, with friends in common, both residents of Herne Bay, but who had yet only met briefly at a gig and who were not even on nodding terms, were struck by the same “ideon”, had the same light-bulb moment, the same epiphany.

They both decided to start writing music exclusively for bass guitars. Using six string basses in the main and multi-tracking three or four of them. They have both recorded several brand new original instrumental tracks. Broadly speaking they are all mellow and melodic but listening to them it is hard to believe they are entirely played on bass guitars.

Of course this idea has been done with drums since the dawn of time, and it has been done with vocals for almost as long. There are no shortage of examples of guitar groups, of keyboard groups, but not, as far as I am aware, any prior to now that involve only bass guitars.

Now it so happens, perhaps not surprisingly, that both these musicians also have a connection with Federal Radio. Alec Tappenden plays bass with his wife Sherrie in the excellent band Spyplane (with Joe Inkpen on guitar of course).

Dave Lynn-Deverre has been a favourite of Federal radio since it’s beginning and before that when Glenn was with XRP radio.

So the realisation that they were both ploughing the same seemingly unique furrow came when they heard each other’s pieces on the Thursday Breakdown show. They finally met a few months ago even though Dave had known Sherrie for years and went to CCCU at the same time as Joe Inkpen.

I asked Dave about the music because I wanted to confirm that all the tracks really were just bass guitars, he said “They sure are, every single one of them. I did record one track where I restrung a 4 string bass with lighter strings that sounded like a distorted guitar, but that wasn’t much cop.”

He went on to say “Apart from using a fretless 4 string, I used a 6 string bass for just about everything. With a completely clean tone, and with the e.q. Flat, 6 strings can sound quite guitary like that. “

About the actual music Dave says “I think it’s interesting that, though it may seem to the average listener that we play pretty much the same sort of stuff, our playing and writing techniques are quite a bit different.”

Alec’s reverbnation profile http://www.reverbnation.com/bassictunes which delights in the name “Bassic Tunes”, has three tracks imaginatively titled #7, Number 4, and Gentle Stuff number 1
I asked when he first started writing and recording bassic tunes, he told me “Last summer. I just had melodies running through my head and as I can only play (and only WANT to play) bass, my 6 string was ideal.”
Although he hit upon the idea quite some time later than Dave there is no suggestion that he was aware of Dave’s work at that time.

In reference to his current band, Spyplane, he says,  “I never saw those tunes working as Spyplane songs, so they stayed Bassic. Other stuff I’ve come up with is now in the Spyplane set but not these.” He goes on to say about the mellowness of the tunes “The best band in the world, EVER, (and this is a fact in my head) is Deep Purple so I’m surprised that my stuff is so un-rocky.”

Dave’s profile http://www.reverbnation.com/davelynndevere has quite a few more tracks, twenty-eight in fact and leaving one wondering just how much variety can be achieved when limiting yourself to just one instrument.
Dave recorded the first of his tracks, “Nocturne” back in 1992, although he says the majority were recorded from 2009 onward, so it is not too surprising that he has a larger back catalogue at this time.

Dave’s tunes seem broadly to be the more gentle and introspective, at least on first listening. The track titled “The Rock and the Butterfly” was inspired by a mental image of a rock in a Zen garden with a butterfly sitting on it. Alec’s Number 4 kicks off in a quite up-tempo mood although very melodic and doesn’t let up throughout, with some pretty swift fretwork, although then again Gentle Stuff number 1 does exactly what it says on the tin.

If I am honest, my musical education is not adequate to discern the subtle differences in style between the two but I can say that I enjoy them, and appreciate that, just like any musical genre, familiarity would tend to give one a better understanding of the differences in style. Just as a parent of identical twins can tell their own children apart.

If I were stranded on a desert island and limited to a dozen tracks, then these bass tunes would have to jockey for position with songs involving things like heavy rock Hammond organ, screaming guitars, wailing vocals, machine gun drums, and indeed the subtle blend of all those elements,  and I confess they would all have to be left behind, but in our lovely world where you can access music at all times in a wide variety of formats there are bound to be occasions when a bit of melodic bass is what you need.

For starters it is a potential talking point. At a dinner party or soiree you play something like “Rondo” and ask people what instruments they think are being played and then see their faces when you tell them it is all bass guitar.

Contrary to the myth (probably perpetuated by lead guitarists and singers) I happen to know of many young ladies  who find bass guitarists the most sexy members of a rock band.
It could be the low-frequency/high-amplitude nature of the instrument itself, or just the bassist’s tendency to seem quiet on the surface whilst being wild and crazy in secret that they are fabled for exhibiting, I don’t know?
Either way, a band made entirely of bass players would be a dream come true to some, and perhaps a news story worthy of the tabloids, and The One Show. So maybe, just maybe this idea’s time really HAS come. We shall see.

3 comments on “Bass desires – A story of coincidence”

2 Pings/Trackbacks for "Bass desires – A story of coincidence"