Review of Seventeen by The Blissful Mop

Blissful Mop are one of several bands to feature guitarist, songwriter, Joe Inkpen. Combing the name of the lead singer Bliss Nayler, with Joe’s earlier band The Mop Collective, gave them the name.

Joe seems to team up with the most amazing female vocalists to create such wonderful audioscapes. Bliss’ voice is smooth and powerful, and aland then she injects little croaks; gravel; spoken word; and more, to create the right mood; the passion; the sadness; the ethereal mystique to fit the lyrics.

Drummer Matt Davis, and bassist Glenn McDougal (of Federal Radio) make up the four piece as it appears on this recording. Alec Tappenden replaced Glenn on bass at a later date.

Opening track “Disappointed Eyes” begins with intricate guitar picking, and Bliss’ sultry voice. It is augmented by strings (Joe plays keys as well as guitar) This song has lots of dynamics, a feature sadly lacking in most popular music these days. The choruses really build up to a crescendo, and then pull you right back to almost whispered vocals and tinkling piano. It stops and then smacks you again with  powerful stabs before you have time to catch your breath. There is so much going on. Superficially it is a simple song but as you listen on decent headphones a few times you can pick out all sorts of instruments. 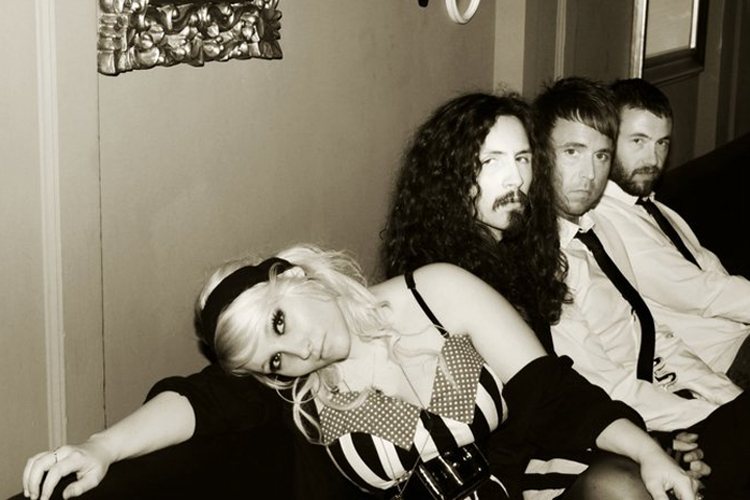 “Monsters” has that same feature of quiet bit and loud powerful sections. Bliss never shouts though, she never screams, at least on these tracks. Her vocal is double tracked quite a bit. A lot of bands worry about creating recordings that they cannot replicate live, but I would suggest that it is better to have recordings that are more intricate than the live versions since the experience is such a different one. Every tiny mistake in a live gig is amplified when listening back to a recording. Likewise all the subtleties of the recorded piece will be lost in the melee of a sweaty concert.

“Euphoria” has a nice sound with a percussive tapping rhythm and more strings, like angels playing along; as Bliss, metaphorically, half walks, half skips along a on fluffy pink clouds of the imagination.
“I don’t know what’s going on but I think I like it,” she intones. Once again there is that wonderful trick of taking it all up to the dizziest heights of ….. well … “euphoria”; and then letting you down, softly, into a dreamy daze, before lifting you up once more on wings of song.

Every track on this short album, in fact let’s call it a long e.p. has this feature, and yet each is it’s own piece, and each is easily accessible on first listening. This is a very rare gift, the ability to write and record songs which most people can enjoy the first time, and still enjoy after hundreds of listens, and even still years later, when hearing again after a long break will still pick up where they left off.

I particularly like the fourth track “Evil Personified” for its rather sombre, menacing bass line that comes in after each chorus. Accompanied by Joe’s little arpeggios and a sort of weird whistling wind sound that foretells. Not sure what it foretells, just a  general sense of foretelling.

Track five “Precious Few” opens with a sound reminiscent of the sea; waves lapping the shore, and the mood is more gentle, suggesting that Bliss might in fact be singing this whilst trailing dainty toes in a warm sun-kissed Caribbean, while Joe plays guitar on a red sailed yacht just out of reach. (I don’t suppose they were but that is how my mind works.)

Blissful Mop have been a bit quiet lately, but I very much hope that there will be more from them in the future.