Review of Digging In The Dirt, single by Pete Kosanovich

I first saw Pete Kosanovich with his then band “The Pale Blue Eyes“ they were supporting a band called “Plan Nine” which was made up of young musicians who were fans of my band “Led Zep Too“. Crikey, there are some tenuous links in the music business.

The line up of bands that night in the Fiddlers Elbow on the edge of the illustrious Camden underground circuit was staggering to say the least. Plan Nine just held on to their credentials against the wonderful west-coast, late-sixties, jangly-guitar The P.B.E. and a crunching Marshall/Les Paul – Hendrix-esque combination offered by the band JB3, which later re-emerged as “Roam” but may or may not be still going. I intend to find out more sometime soon.

Since then The Pale Blue Eyes, appear to have split up, reformed, and split up again. As often happens when a band I love breaks up, I don’t feel like I want to check out the new one. It is bound to be a disappointment, so I avoid finding out, and proving myself right. I guess like a child who’s dog has died, and his parents buy him a new dog; as if somehow that is going to fill the hole.

However, just like that child, I must eventually allow the new dog into my life, and the only way to do that is to hear the music. 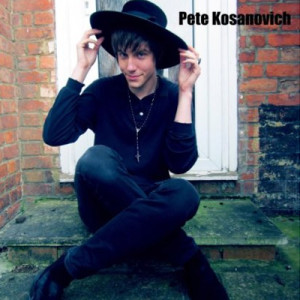 So on his own website you can listen to the single Digging The Dirt, via a Soundcloud link so it is a wav file with full lossless clarity.

My immediate thoughts as soon as the song starts playing is that it has a Bob Dylan vibe, although Pete’s accent is more London than America. It isn’t far into the song that you get the harmonica that seals the deal.

Now let’s not forget that comparisons are just that. This isn’t copied, stolen or plagiarised, it is just that there are similarities, and I think anybody would agree that the world needs a Bob Dylan character in the musical world. In reviewing any music, it is essential to be able to offer comparisons for the reader to get an idea of what they might expect.

Whilst The Pale Blue Eyes made me think of The Byrds, and JB3 of Hendrix, this has that Dylan feel. 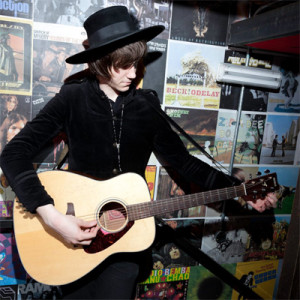 Vocally Pete, has that similar sort of slightly off kilter tone, not off key, but pushing the envelope for the emotional effect that creates. The guitar is not intricate picking like Troy Faid, but strumming and chords. Whilst nobody could mistake Pete’s voice for that of Bob Dylan, the harmonica practically screams his name, as if the great man himself had guested on the instrument.  And believe me that is nothing to be ashamed of.

Lyrically this could be out of the Dylan songbook as well, the words are simple English words, nothing difficult to understand until they are combined in this order when they become cryptic and deep, and somehow almost surreal. Speaking personally, I have always found writing cryptic lyrics something that is quite beyond me. My lyrics are always quite up front in their meaning, even when I try to use poetic language to make a point it is obvious when writing the lyrics down the point I am trying to make.

Here however are the lyrics as transcribed while listening to the song on headphones, and they are wide open to a variety of interpretations. I leave it to you to make of them what you will. Meanwhile I am probably going to go and listen to more of the songs on Reverbnation.

I’ve seen many people, so many things to be,
Who I am where I’m from but won’t you tell me

But you sure say, you are another kind
Well it was nice to meet you well the pleasure is mine