Introducing Daylight Saving, and about time too

I just searched the blog and can’t believe I didn’t already do this. 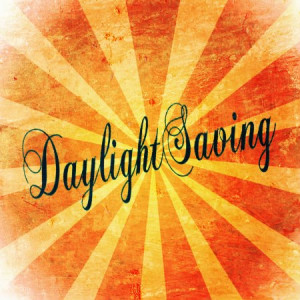 Daylight Saving were one of the bands that entered my “Let’s get a Genuine Unsigned Band Into the Charts“, competition. Not only did they enter it, but they entered wholeheartedly into the SPIRIT of it, promoting it to anyone who would listen, and buying the winning singles even though it wasn’t them.

Their song Sunshine Is A State Of Mind was such an uplifting track, full of the most transcendent melodies, and cheering lyrics, and including sublime flute soaring eagle’s wings. The fact that it was squeezed out of the top ten was by no means a reflection on the tune but on the high standard of the contest, and the support from some other bands’ own fans. 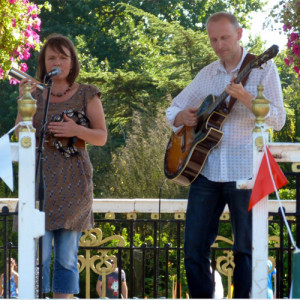 At the time DS were usually a six piece full band, albeit fairly mellow, with smooth jazzy – bluesy highlights on a broad folk – pop framework. Since then they have shed two thirds of the personnel and become an acoustic duo with Richard Eady playing guitar and melodica, and Kate Lynn-Devere on vocals, and (all important) flute, as well as percussion. In all honesty, little seems to have been lost from the quality of the songs, it is frankly Kate’s gorgeous and sincere vocal that carries every song effortlessly, and then her flawless fluting that lifts it beyond the ordinary into the realms of the heavenly. If sunshine is a state of mind then this is the music to blow the clouds away, even when the songs are melancholy or bittersweet. 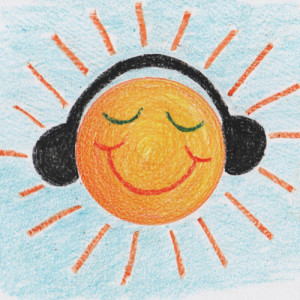 Kate began to take an interest in radio presenting partly as a result of getting involved in the competition and connecting with XRP radio. Although she was unable to tame the riotous, self indulgent, founders of that station, she did develop her own style, and subsequently started up her own show, “Kate’s Sunshine Cast” which goes out on Gashouse Radio, in Philadelphia and online worldwide. Each show is unique, having a theme which may be the genre or the subject matter. She plays a wide range of musical styles, although more biased towards music with a tune. No bad thing given the plethora of hard rock and heavy metal shows that seem to abound, on the unsigned scene. 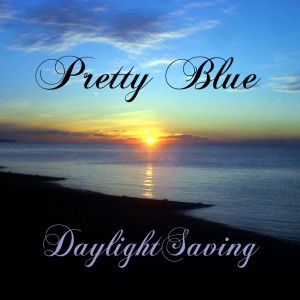 Currently, Daylight Saving have three EPs available on their own website The earliest is Pretty Blue, which includes the single Sunshine (Is A State Of Mind) and can be downloaded from their Bandcamp site for a voluntary donation. (£5 is a nice round figure)

You should always try to buy music directly from the artist, since any third party site will take a cut of the money. If the site directs you to third party site then that is a different matter of course. 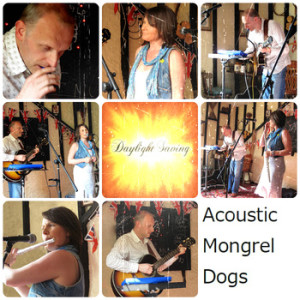 Likewise their most recent recording Acoustic Mongrel Dogs (a reference to their failure to fit neatly into a single genre, that stopped them getting airplay on a particular radio show) is also available for a voluntary payment (again £5 is good value)

Lastly, you can download their “Last Hurrah” e.p. which features the whole six piece line up (including the ubiquitous, Kentish, guitar hero, Joe Inkpen) appears only to be available as a free download from Soundcloud, so all the more reason to pay a fiver each for the other two sets. Alternatively, if you would prefer to make a donation to Kate’s favourite charity you do so here, http://www.justgiving.com/Remembering-Alex

Musically, DS, have elements of Suzanne Vega, The Cowboy Junkies, Melanie Safka, or Joni Mitchell, but with that added dimension of Kate’s lovely fluid flute playing, at one point I’d swear she bends notes, and I really didn’t think that was possible with a flute. (probably just showing my utter ignorance)

I will come back to Daylight Saving because there is too much to talk about in one blog post.