The Longmen – original blues/rock/pop from Derbyshire

Introducing “The Longmen” from Derbyshire

I got a message via Facebook, it took a while because FB has this brilliant idea that they are better at deciding which messages I want to read than I am myself. So when I dragged it out of my “other” folder I read a message from Nick Broughton, bass player with the band, asking me if I could possibly organise a gig for them in the South West.

Now to be honest, I may have to pass the baton to someone who is more into promoting than myself, as I have only really organised a couple of small gigs here and there. But I thought I had better check out the music a bit. 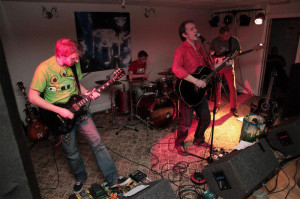 The Longmen on stage
Derbyshire based blues/rock/folk/pop band

The band have one tune on their FB page but since I have been inexplicably banned from interacting with pages by Facebook’s automated random stupidity generator, I had to look elsewhere for tunes.

Luckily they also have a Reverbnation profile. I did search for them on Youtube and on Soundcloud, but had no luck. Also there does not seem to be a website; the Facebook page has a link to http://www.derbyarts.info/ 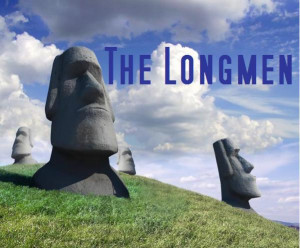 The band are signed to the Bandax label which is a Derby based independent label which I mentioned in another post a while ago, which is, in fact run by Nick Broughton.

So what is the music like. Well it is marvelously mature, melodic blues, with a slight edge, lots of harmonies, good musicianship, intelligent lyrical content, and tight as a drum skin.

Comparing them to other bands, I am actually not coming up with any obvious influences from established acts. I suppose maybe someone like Tom Petty, perhaps? There is a folky feel to the tracks, a fair amount of blues and rock but not heavy, of the unsigned bands I know, I would say they bear comparison with The New Messiahs, or maybe like a softer version of The Cream Tangerines.

The music is good, really listenable, and the band has their own record label. They are gigging, and recording so they have a product in the market. But there is more they could do to build their reputation in my opinion. My recommendations  would be