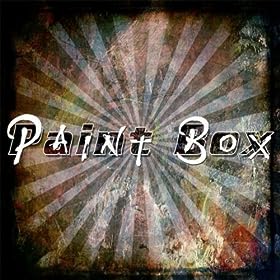 Almost as soon as any Paint Box song gets going you know it is them. The bass is heavy and funky, like almost no other band of the genre. It’s almost as if Bootsy Collins was drafted in to the Jimi Hendrix Experience. Clarence Horne, for it is he who slings the bass, must be giving the instrument a hell of a beating to get such tones from it.

But if the bass doesn’t give it away the addition of August Roderick’s vocal must surely seal the deal for anyone who has heard one or two of their songs. His voice is gruff, yet somehow piercing at the same time.
When he roars, lions look round with worried faces. 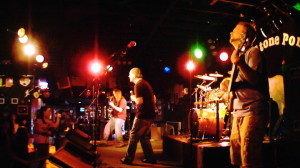 The band were entered into that much talked about “Get a Genuine Unsigned Band Into the Charts” competition and they went all the way to the final ten and ended up seventh. I bought all the top ten tracks and a few more that I had really liked. This was despite the fact that everybody had sent me full length MP3s of their songs so I was just buying second copies.

The track entered was called “Jar Of Nails“, and starts off with a deep, grinding, filthy, blues riff, underlain by that throbbing bass, and gravelly vocals, like no other band that I have ever heard, but having elements of seventies classic rock, blues, grunge, and funk. I guess that must have been part of the reason for it doing so well. A lot of the songs entered that did really well crossed genres. I especially love the way the track doesn’t so much fade, as peter out in an embarrassed way, like someone caught singing with headphones when they thought nobody was there. (It sounds daft when you write it down but it works when you hear it.)

Now I have talked much already about the vocals, and the bass, but that is not to belittle the guitar which is superb and really comes through on track 4 of their eponymous debut album

.
On “Topaz” Michael McClellan shows off his stuff in a lovely solo with clear lucid notes that cut through to the heart and soul, it is not the first and most certainly not the last time he shines here. Just that I was listening to it as I was writing this bit. 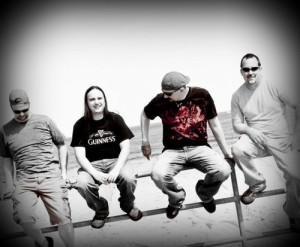 Again, I must stress that the drums are also excellent. Often the sign of a good drummer is that you only really notice when they stop playing, but whilst that may be true for parts of some tracks, you can certainly hear that Jeff Boyer is putting as much into the mix as anybody else. In fact, as if to highlight that fact as I write, track five “Dig Nitty” has a whole bunch of tempo changes and stops, as well as going on at a frenetic pace for a fair length.

In all, the band has a distinctive sound that cannot be adequately described, but is certainly well worth a listen if you like a good groove, the occasional wailing guitar, powerful vocals, and intelligent complex song structures; and who doesn’t like those things?

The band are really together with numerous social media sites including Facebook, an old school Myspace profile, an account at CD Baby

You can check out their sounds also on Soundcloud if you prefer your audio in wav form, and on Last F M and there are loads of Paint Box videos on GingerJones100’s Youtube channel, though the sound quality is not always brilliant.

I gather that you can download most of their stuff free, but I prefer to buy my music from unsigned bands, because I want them to keep on making it, and you can’t write and record songs if you are working at McDonalds.

Oh, one last thing. GUBIC is all about getting bands to work together in co-operation now, rather than trying to beat the big names into the top 40.
So, I would strongly encourage this band to link up with The Cream Tangerines, from Leicester, England. The two have a certain amount in common musically, and could probably cross pollinate a lot of their fans.
This might help both bands to cross the pond in the future.