One of the heaviest, punk/metal bands I know
stripped down to its bare acoustic essentials

I first heard about Djevara WAY, way back in the last millennium, when I was a part of an originals band called Zothique. In the process of trying to promote our four track e.p. I got onto the Kerrang Scumscene forum threads and posted an invitation to people to check us out and say what they thought. (Scumscene is a forum thread just for promoting your unsigned band. Shame about the name, because I know for damn sure that the scum rises to the top.) 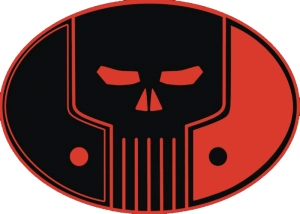 The lead singer of Djevara, then known as Bassey, commented on my post with some encouraging and helpful suggestions. I really appreciated the constructive feedback and so I decided to check out his band. The music was immensely heavy with shredding guitars, breakneck bass-lines, drumming from the pits of hell and vocals that were filled with fury and passion in it’s purest sense, and I absolutely loved it.

Normally anything heavier than Led Zeppelin or Deep Purple and I start to switch off, but Djevara had an edge that a lot of trashy thrashy bands don’t. They had real songs, with melodies; clever and meaningful lyrics, that were in there, barely hidden under an ocean of superb  musical skills, and whilst Bassey’s voice is not that of a choirboy, nor is it that dreadful course strangled guttural roaring that many heavy metal vocalists employ, that sounds like a really bad actor trying out for the role of Satan in a shit B movie. 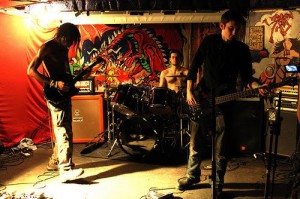 Live; the band moved around like crazy, several times I thought the new bassist (she had been given a few days to learn about an hour of original material) was going to knock Bassey unconscious as she swung her massive axe around while he leapt insanely around tearing notes from is guitar and singing his lungs out, yet somehow as though on strings he moved just clear of the headstock and she of his.

Now Djevara did something really brilliant, a piece of “outside the box” thinking. Certainly, at the time, I wasn’t aware of anybody else doing this, although now there are websites that do it all for you.

Bassey sent an email to everyone on the  mailing list explaining that they needed to raise ten thousand pounds to record and produce a professional quality CD. He went on to outline how the finances of this would work in considerable detail (he had studied mathematics at Warwick University) 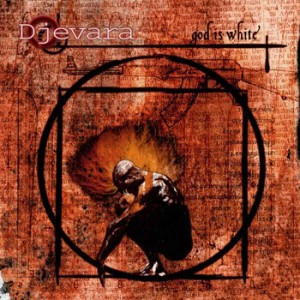 The presentation explained exactly how if everyone on the mailing list invested an average of ten pounds, they could record the Cd, and given a certain number of sales they would be able to disperse the profits back to investors on a pro rata basis.

Immediately I decided I wanted to be involved, even if it was a risk. I felt I could afford to lose fifty quid, which is what I invested, and I don’t regret it at all. The album, God Is White

which I was given a copy of, and which included name credits for every investor, was an excellent product. No it didn’t make me a fortune but it did better than if I had spent fifty quid on Lottery tickets. 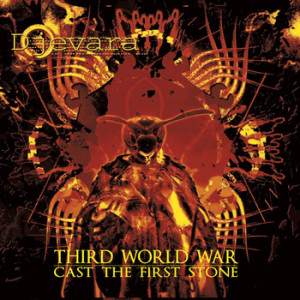 Ever since then I have been keen to recommend Djevara to anyone who I thought would go for the heavy heavy sound they made, and I did buy their follow up album, Third World War : Cast The First Stone.

Now a little while ago, I read that there had been a few changes. Line up changes have been many, the band is very much the brainchild of lead singer, guitarist, songwriter Bassey so when other personnel move on and are replaced it is not really taking anything away from the whole. Bassey has however changed his name to Anté which he is perfectly entitled to do, so i will now use that name.

Another change is that they have recorded a number of tracks with a stripped down acoustic set up. Djevara Redux, is the name of this version of the band which has also gone out live on numerous occasions.

A key sign of a good song is that it works in simple formats. And these songs certainly do that. Again, I will say that Anté’s voice is not angelic or pure. It is raspy, pained, and angst ridden, so if you feel like you need homogenised music with autotune, and loads of studio effects, then ….. why are you here??

As a part of that original fundraising exercise they ended up deciding not to use the record label that had originally offered them a deal. The deal was far more in favour of the company than the band, and they soon realised they would be better off setting up the label as well. The extra five thousand to get started with Genin records was raised very quickly indeed.

Genin records are still going strong, with a dozen or so bands signed to them on the usual sort of profit share deal. Most of the bands are those that have shared a stage with Djevara and they have got on well with, Frowser, Red Nettle, Susan Acid, Super Nashwan Kids etc etc.

Djevara also set up a gig promotions company because why book via a middle man if you can be the middle man. The whole DIY ethos is very much a part of their scene, and they were in fact following in the footsteps of one of their biggest influences, Nine Inch Nails.

Oh, by the way. Zothique played three gigs and sold about the same number of CDs. Shame really, I thought we were pretty good.