Jack Buckett sent me a message via Facebook introducing himself and his band, Jingo. He told me he was a friend of Jaz Delorean from Tankus The Henge, and suggested I might want to check out his band and do a review. 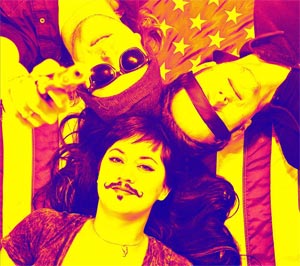 I have to discover new bands somehow, so there is no harm in sending me a message, or commenting on this blog with links to your own band. If I like the music then I will write about it.

He sent me a link to their Soundcloud page, where they have uploaded three tracks; as well as links to their Youtube and Facebook pages.

This is the first track on their Soundcloud which is describe as Flamenco Rock, and opens with a lovely bit of Spanish guitar, and yes, they do successfully combine elements of flamenco, with rock music. Jingo consist of ; 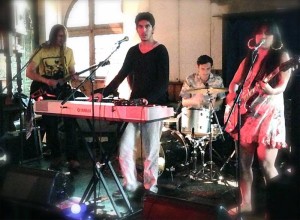 Katie is an American (half Chinese) from New York, which give the band it’s international credentials. Her voice is powerful but smooth, with a really pleasing tone that I can’t think of anybody to compare with.

Overall the songs share a lush full sound with plenty of variety, and musicality. Normally I would try to tell you what bands they sound a bit like, but I just can’t really place them at the moment. All I can say is, in my humble opinion, they are good.

So I leave you to make your own minds up and tell me what you think.