I got a message from someone who looked familiar asking if he could send me a CD and would I listen to it and perhaps play it on the radio or review it here.

I said by all means send me a CD (I am not so unfortunate as to get more than I can listen to yet) and I sent him my snail mail address.

As it happens, I mistook him for somebody else but that doesn’t matter. 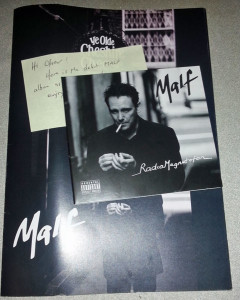 What turned up on my doorstep was an A4 hardback envelope containing a professionally packaged CD along with a very smart looking brochure about MALF.

My only gripe is that the CD tracks are not clearly ID3 tagged so my media player is stuck with “Track 1, Track 2,” etc. Luckily at least the CD case is well annotated and all track titles and lengths as well as credits are included. This omission could have been the studio’s fault although artists should be warned, this is a critical issue for many radio stations.

However the level of professionalism, in contacting me initially to see if a submission would be welcomed, and then in sending such a glossy package is something that many other independent artists could learn from.

A Google search for “malf” brings the official website right at the top of the results, which is no doubt partly due to the unusual name, but must also owe something to good SEO optimisation, and of course the existence of an official website in the first place. 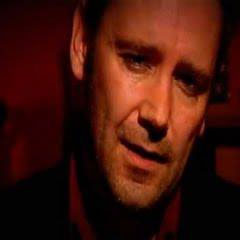 I have been in possession of this CD for two days and have just not had a proper chance to sit down and check it out.

So finally I put it on and my first impression was it was going to be some kind of prog; but then I check the running times and there is nothing longer than 7:05 so it can’t be.

Actually it turns out to have more Americana about it than anything else, with a wide range of styles being aired within that tenuous framework. Old fifties rock and roll has had an influence on things, as well as Motown, the Blues, and just kinda a little bit of everything, folded and moulded, sliced and spliced, then packed and stacked into the sound that is (or at least will become after enough listens) unmistakably MALF.
In fact while listening to the album, and writing this, I think that the last track “A Strangled Tonic With Ice” 7:05 does qualify as prog. See what you think.

Malf, it appears, is manifest in the person of one David Palfreyman, who is credited with all songwriting on the album which by the way is titled “Radio Magnetofon”

David is also credited with all vocals, and acoustic guitar, while what I can only presume is his brother, Stephen Palfreyman, provides the remaining guitars, keyboards, and percussion.

The only other musician credits are;
Borek Smekal, Sax on track 2, and Gary Spolding, trumpet on track 8

Yes, I shall certainly play a track from this album on my show at some point. It helps that the tracks with parental advisory lyrics are clearly marked which will help.

I am always interested in good music, and don’t worry, if I don’t think your music is good I will tell you and nobody else.