My friend George Thomas is a guitarist of considerable talent. He has recently finished a degree in music and can be seen playing in a variety of scratch bands around Ilfracombe, but I only just found out that he is also part of a more serious musical project, namely Boardwalk Isabella.

Based in beautiful Bideford, the band consists of 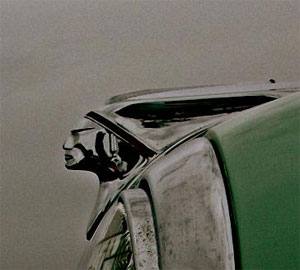 James C Hughes is actually a well established name in the music business having been the bassist in “The Banned” under the stage name “Tommy Steal” with two successful single releases, and then “Cowboys International” releasing the album Original Sin in 1979.

He joined Ian Broudie (later of The Lightning Seeds) in “Original Mirrors” and did a stint in “Department S” famous for the song “Is Vic There” so James is no stranger to the upper echelons of the music business. Nevertheless, he has been quietly pluging away since the early eighties without any further success, despite clearly having songwriting talent and musical ability in spades.

This single “Resurrection Man” is proof if it is needed of that fact.

It starts off, if I may be brutally honest, with a rather pop/soul sound that is a tad too “seventies disco” for my taste. I mean sure if you want to dance then this is going to get your feet moving; but I like my brain to do the dancing, not my feet. 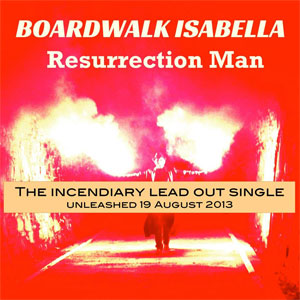 It reminds me of the song “Respect Yourself” although more in the style of Bruce Willis, than The Staple Singers, it still has that pop/soul/disco feel at the start. There may be faint echos of The Rolling Stones in there as well?

Into this sound creeps, first a glam rock edge, hinting at T-Rex; and then something bordering on Lenny Kravitz heaviness, as the guitars get the upper hand over the rhythm section.

It is like a wonderful tussle between the forces of disco and the forces of heavy rock with no overall winner and all good friends by the end.

I love it, and I have checked a few other tracks out and I’m loving them even more, to be honest. But I can’t fault the choice of single, this song will appeal to a wider audience than my favourites.

I will be interviewing James on my show on Sunday 18th August, you can listen on DAB in the North Devon and Torridge area, or online at The Voice and on your smart phone using the TuneIn app.