Rosco Levee, regular visitors to N. Devon from their base in Kent. 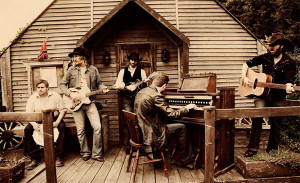 I first heard of this band via a friend of mine from Ilfracombe. Leigh Wigg is a huge supporter of this band, and even uses their music as background at the Wildlife and Dinosaur park in Combe Martin where he is the head keeper.

Unfortunately up until now, I have managed to miss them playing on a couple of occasions  and when I did finally catch up with them in a venue in Combe Martin, it was (I think) the landlord’s birthday and he had asked them to play covers, so i didn’t catch them at their best.

So I am pleased that there should be nothing to stop me catching their full set on Friday night at the Pavilion, Ilfracombe, where they kick off the Sunwest Festival at around 9.00pm

There is a track available for free download on their website titled “Tombstone Boogie” which I understand has nothing to do with jumping off rocks into the sea.

As you can hear the music is country blues, with Rosco’s wonderful steel guitar being the focus of the music. The full line up is; 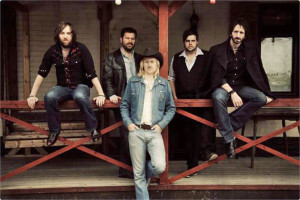 The band was formed in 2011 after Rosco had been working solo for some time and decided that he needed a band around him again. They cite influences from the finest Delta Blue traditions such as Robert Johnson and Leadbelly, as well as artists well known for being influenced by them, such as Allman Bros, Derek and the Dominoes and Peter Green’s Fleetwood Mac.

It sure shows. Rosco; who says he has been playing for 23 years, despite being only 28 now, has clearly spent most of that time steeping himself in the blues, and the rockier end of Country & Western.

Yes, if you just heard this band you would assume they were American, and from one of those states where they swear dungarees, carry guns, and sip moonshine on the porch. But no, they come from Kent.

Having just said that it is a bit of a cliché. I mean why should it be such a big deal that a band from England plays music that has it’s roots in America? Does any journalist point out how amazing it is that the New York philharmonic Orchestra can play Mozart? Do you read about how astonishing it is that there is a ceilidh band from Boston? No. 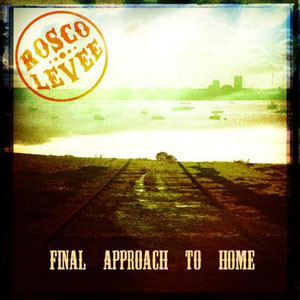 Check out their Soundcloud for plenty of tracks to stream before buying, but then do go and buy if you like them; because kind words do not buy guitar strings.

They are signed to Red Train Records a respected independent record label.

The band’s debut album “Final Approach To Home” was released in Feb 2012 and is available everywhere, including Spotify, Amazon