The Hoax, blues band from Wiltshire 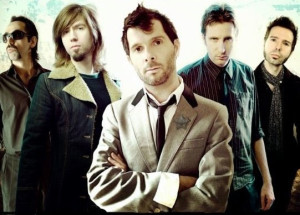 Now then; I have got to write about this band, if only because one of my friends has been going on about them non stop on Facebook for ages now. Every other post from Howard Robinson is singing their praises, and since Howard is no mean musician himself and also builds custom guitars and amps, so he obviously knows a thing or two about music. 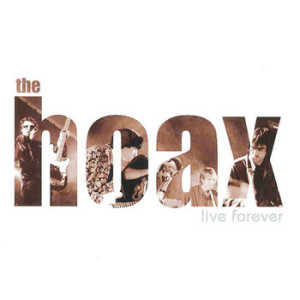 Sleeve art for one of at least eight albums by The Hoax.

The Hoax are no young band of hopefuls just starting out. They have been going for a good long while now and have picked up a few thousand fans or more while putting out a number of very fine albums and touring around a respectable list of sold out venues, so I am not in on the ground floor here at all.

Just take a look at their Bandcamp page hosted by Credible Records (their own self founded label) and you will find six albums there., and that is by no means the full back catalogue.

According to their own website, their debut album was “Sound Like This” on Coda Blue records in 1994, followed by Coda Blue in 1996. They are justifiably proud of this quote from Q magazine “The last time Englishmen played blues-rock with such flre and conviction, they had names like The Yardbirds, John Mayall s Bluesbreakers and The Rolling Stones.” and I must confess I concur, although I wish I had said it first. 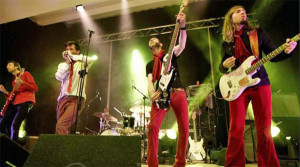 There is so much passion and fire, it is raw and yet retains a natural shine, like pebbles in a stream, or little nuggets of pure gold in the bottom of the pan. I was listening to The Rain Song by Led Zeppelin, from The Song Remains The Same, album today, and I found myself thinking once again that no band has ever or will ever come close to the utter mastery of Pagey, Percy, Bonzo, and Jonesy; but in one respect this band does it. They have achieved a certain musical nirvana; that is that they sound like they have come to know each other better than the songs. It means that if somebody plays something that they have not rehearsed it will still work. Like a brilliant chef, who throws ingredients into the pot without once referring to a recipe and it turns out right, like the best improvisational comedians, or a dancer lost in the music, or a fighter pilot in a dogfight, there is that spontaneity that only the very best can achieve.

As I write these articles, I always listen to the band I am writing about. Often I end up hearing the same two or three songs several times during the process, as I take my time over it, trying to get all the facts right and find something unique to say about each band.  However, with The Hoax, I could be listening for a few hours and still not hear the same song twice.
Always difficult that; which song to post here for you the reader, and if I only listen to a few tracks out of dozens will I be able to do them justice. Well of course ultimately there comes a point when I must simply publish and damn myself; hoping that later I can return to the subject and do a better job.

2 comments on “The Hoax, blues band from Wiltshire”