No, it’s not an illness but the latest e.p. from Alt-electro band Syndrome from …. well, it’s a bit hard to say where, for sure, actually. 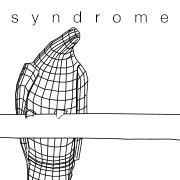 The website is  www.syndrome.nu which I have seen used for Dutch websites before so I assumed the band were Dutch, but then I discovered that at least two of the members have Israeli connections (which doesn’t mean they can’t be Dutch)
Then I just looked on Wikipedia and found the following
“The .nu domain is particularly popular in Sweden, Denmark, theNetherlands and Belgium, as nu is the word for “now” in Swedish,Danish and Dutch”
In other words the domain does not prove anything.

Well it doesn’t matter really does it? Judging by the artistic content of the music and lyrics this is a band made up of citizens of Earth.

The EP describes the first part in a story about the “Colourful-Cows”, a metaphor for our life and society.

You can purchase the e.p. from their Bandcamp page and name your own price, though as always, I would urge you to pay something.

My immediate thoughts on first listening was Joe Inkpen would like this. Followed by XRP radio would want to play this.

Then I also started to hear similarities with the mighty Pink Floyd but emphatically the Roger Waters influenced part of that band’s oeuvre. This is even darker in places than The Wall. Some of the music paints an aural picture of grinding oppression, like that of, for example, “Empty Spaces” scary and intense, a real emotional journey. 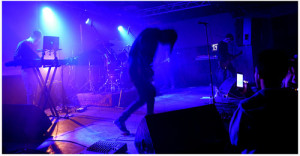 None of the tracks are overly long, typically three and a bit minutes. The last track is less than two minutes. Yet into those songs the band squeezes a number of mood changes, weird and wonderful effects, spoken word sections,  and such like, to keep the interest going.

I like the way they have got all the lyrics there on the Bandcamp page. I haven’t noticed that before and wonder if other bands always take the time to include the lyrics. As a singer and lyric writer myself I tend to get frustrated if I can’t make out the words easily.