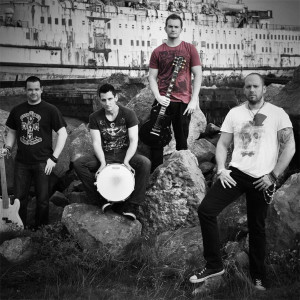 The third band that stood out from my last session listening to XRP radio was Defy All Reason. The track played was noticeably Southern Rock, but I have been digging a bit deeper via their Soundcloud page where they offer all four tracks from their current (debut) e.p. “Every Second Counts“

* for streaming, as well as an early demo track “Give Me A Shot Of Love”

* Link is to Amazon UK, the album is also available on iTunes see search box at the bottom of the page (sponsored links)

The songs vary from slow burning ballads, to full on uptempo rockers, all with a distinctly American flavour, or perhaps I should spell it “flavor”? They call to mind a whole bunch of bands, like Bon Jovi, Aerosmith, ZZ Top, Guns ‘n’ Roses, Man On Earth, and even hints of Rush. 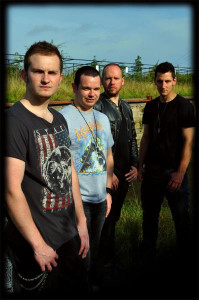 As such they are of course in a vast pool of other bands with similar credentials, although they also benefit from the fact that there are vastly more radio stations looking to play unsigned rock bands than perhaps any other genre. They are already getting played on XRP and TBFM, and there are a stack of others that would lap them up on this list.

It helps of course, in standing out from the crowd that they are all masters of their instruments and, not least importantly, their singer can really sing, as opposed to shouting incoherently. 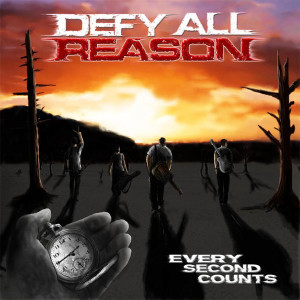 Sleeve art for “Every Second Counts” debut e.p. from Defy All Reason.

They have a very professional looking official website where you can find a band biography, tour dates, image gallery, and audio and video, although at the moment there is a certain amount of work in progress going on here.

The Facebook page has had more attention lavished on it, for example there is a considerable list of gigs there. In fact it contains everything the website promises.

The band’s Youtube channel has a host of videos mainly live versions of their own songs and a few covers. The most popular is the official video for their single. “Shake It”

Defy All Reason are a very accomplished and polished band, with some excellent original material, a well organised publicity set up and a busy touring schedule. Like many bands they deserve success, and the only thing that might stop them is if they decided to quit.