Man On Earth – Rockers from the Big Apple

Another of three bands heard on XRP radio “tagged” show this weekend, that I decided to write about. Tizzy Shearer does a show where he plays every band in the chat box, plus every band that is tagged on the station’s XRP page.

Man On Earth stood out straight away with their uptempo heavy rock grooves, fast guitar soloing, and crisp powerful vocals. On a par with the mighty Fearless Vampire Killers, their tunes are packed with hooks, and ideas aplenty.

If music be food (of love or otherwise) then some bands are like sticky toffee pudding, quite good but a bit stodgy; others are a crème brûlée, light and sweet; or a mousse au chocolat, rich and exciting.
(A few are a flat souffle, but I don’t write about those ones.)
Well on that scale this band would be a warm chocolate brownie, with ice cream, sprinkles, and maple syrup….. and a cherry on top. (By the way, Fearless Vampire Killers would be pretty much the same, but with NUTS!)

I couldn’t find their Soundcloud page, so I have embedded songs from their Reverb Nation page instead. Since then I realised there is a link to their Soundcloud from their website. Can’t understand why it didn’t come up when I searched for it. Maybe I did a typo.

Send Newsletters to your fans from ReverbNation.com

As tends to be the case, I am not going to give you a blow by blow description of the songs, as words can never describe music adequately. If a picture paints a thousand words, then music must be at least that many.

By the way, there are thirteen tracks on Soundcloud, if you want to check out a lot more of their tunes before buying. A couple are even set to free download. 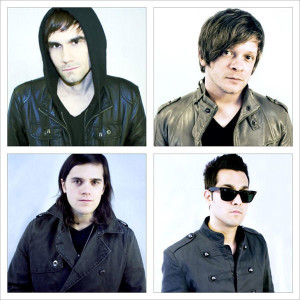 The band have been going for a good few years, so I am not so much introducing them to the world at large, as to myself.

In fact as their own press says, 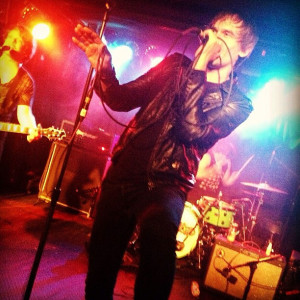 In 2011 (October 6th) they released their debut album* “Things They’d Never Believe“ – 11 tracks and just over half an hour. It is available on Amazon and iTunes (see search box below” it includes three of the tracks on Reverb Nation the exception being “Bombs Around Me” which is a single.

Another album “In Case You Haven’t Heard“ followed at the end of 2012 – a whopping 17 tracks and over an hour running time.

They boast an impressive list of acts that they have supported or toured with, including Simple Plan, Hawthorne Heights, and Madina Lake. Their own touring schedule is fairly breathtaking clocking up 20,000 miles over 75 shows in 2012, and their current gig list sees them visiting 24 different venues over the next two months!

They have posted a tremendous number of videos on their Youtube Channel many of which are VLOG type things, but there are seven music videos on there, with their feature tracks “Bombs Around Us” notching over sixteen thousand views already.

In fact given the huge amount of recognition they have already achieved, one wonders if it isn’t simply a question of WHEN rather than IF they will get signed to a major label.

The official website looks very professional and stylish with all the info you need at your fingertips. You can also find them on Facebook where they have a substantial following as well.