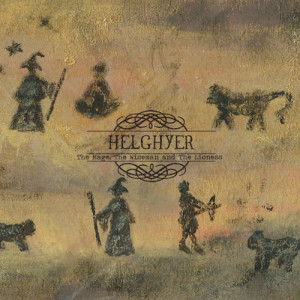 Sleeve art for “The Mage, The Wiseman and The Lioness: Part 1”

Helghyer is a singer songwriter originally from Kernow, now based in Berkshire.

Her music and lyrics are influenced by her Celtic roots but not in the stereotypical fiddles and bodhrans and shamrocks sense.

Yep, strange as it may seem, not all Celts are/were Irish. I could go on for several pages but I will refrain as this is neither the time nor the place. 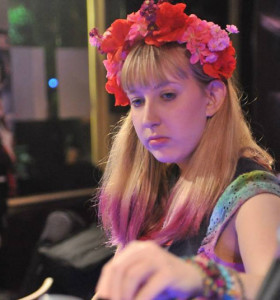 The music is bucolic and lyrical, there aren’t harps, or flutes, yet it feels as though they are there in spirit; and white horses, their manes flying in the wind; waving stems of wheat, reflecting shimmering sun in the golden hour; a beautiful white clad woman, bearing boughs as green as her eyes ….. I’m sorry … where was I?

Well I played “the Beast of Bodmin Moor” on my radio show a couple of Sundays ago, and got at least one positive comment back, which is frankly better than I often seem to get. (I do hope going FM will help improve listener figures)

Helghyer has a lovely voice, smooth as cream, and just as pure.  The four track e.p. “The Mage, The Wiseman and The Lioness: Part 1” (21 June 2013 ) is available on Bandcamp as either a name your price digital download or (recommended) a beautiful CD with artwork by Yvonne Earl and Natalie Earl for £3.50
The price includes an immediate download as well, so you don’t have to wait to enjoy the music.