Introducing Johnny Sharp
a cut above the average blues 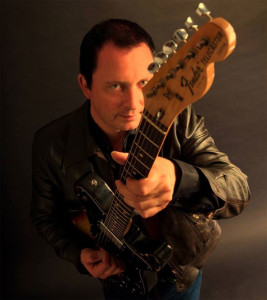 As I began to start researching in earnest for this article I discovered a comment on Facebook that made me chuckle a bit.
Johnny Sharp had shared a link to my earlier article on the “Good To Go – No Dramas” album which had been complimentary about his track “Doorbell“, and a friend asked if he had slept with the writer.

Well, let’s get something clear. I know the comment was in jest, but I only write about music that I like and, unlike some bloggers, I would never ask for payment of any kind, much less dubious sexual favours.

So, in the earnest hope that nobody else will accuse me of being biased (even in jest) I really do enjoy this man’s music, such as I have heard so far. So here’s something for you to check out for you to hear why.

This track is the one which appears on the album, and is an instrumental, although there are plenty of songs elsewhere in the repertoire. Mr. Sharp has a smooth fluid tone to his voice which goes well with his usually gentle and always melodic guitar, but that’s not to say he can’t rock it out. “All By Myself” resembles the Foo Fighters for example, (don’t worry this is an original song and not a cover of Eric Carmen’s, teeth grinding  1975 power ballad)
Another track “Too Many Lies” has a western/Americana sound to it. 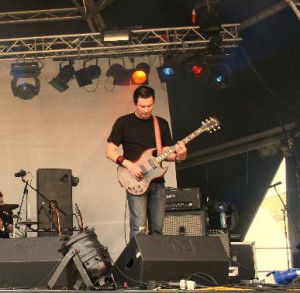 From his Facebook page I discover (among other things) that he started learning the guitar when he was just six years old and was performing professionally at seventeen. He has worked with Producer Paul Corkett, toured with bands such as Blondie & Simple Minds, and has performed at  Glastonbury & the Isle of Wight. (And that’s the festivals, not Glastonbury Assembly rooms which is the furthest I have got so far.)

He also co-hosts the famous Swanage blues festival sessions twice a year and 2014 sees the forthcoming release of his third solo album. I could equally discover this information and more from his official website

With a new album due in the spring, I think perhaps it would be a good time to list his previous albums in detail. 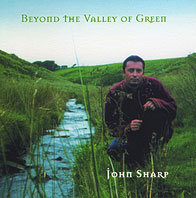 Quite a few of these songs, as I have discovered while writing this, feature vocals from Sophie Parry, who has a floaty feathery voice like angel’s wings. For a brief while I was wondering if this was the same Sophie that provided the vocals on “Happy In Autumn”, by Every Road (the side project of Joe Hicks who I wrote about a couple of days ago) but she is a Sophie English so presumably not.

One last observation, for now, though I am sure I will revisit Johnny Sharp again. A lot of the time, his playing reminds me of Freddy Phillips.

And now I can almost hear you asking WHO? Unless of course you are a very diligent reader of this blog and my other ramblings. A long time ago I compared Troy Faid to Freddy Phillips. “A cross between Freddy Phillips and Robert Johnson” I think I said. Freddy wrote and performed all the music on Trumpton, Camberwick Green, and Chigley. I think Johnny has similarities to Troy, but in a different way to that of Sam Dowden who I also likened to Troy recently.

See if you agree with me, check out Carousel. Can’t you just imagine the greengrocer or such like, driving down the road in the village to this theme?
I was a bit mean earlier only embedding one track. Sorry, here’s the rest.