One of the best + most imaginative
ideas I have ever come across. 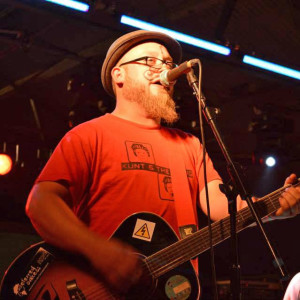 Seasoned readers will be familiar with Doozer McDooze, but for new readers, I first came across him when he entered my unsigned band competition in 2010 with his band “Deferred Sucess” (the mis-spelling was deliberate)

Their song “Make A Living” became a theme song for the competition as well as being in the top ten. It was all about the dream of being able to make a living in music, never mind superstardom or fabulous wealth.

Well Doozer realised that dream, up to a point, when he went full time professional as a musician, although he would be the first to admit he lives right on the line between making a living and NOT making a living.

So it is gratifying to see his second Songs 4 U album doing so well.

Here is the concept.

Last year Doozer placed a listing on Ebay. The auction was for Doozer to write a song about any subject of your choice.

He said he would place twelve listings one after the other over a period of twelve weeks, and then he would write the songs that people asked for and create an album of those songs.

Here is the resulting album which includes the track I won. “Liar Liar”
(I asked Doozer to take some of my lyrics and set them to music, which he did with pleasing results.

Now he is doing it all again, and if you don’t believe me, here’s his terrible youtube video explaining it all.

And this time around the songs are going for some quite astonishing amounts. Considering I won a track last time and I seem to be permanently poor; there is no way I paid a hundred quid for my one.

Remember there are only six tracks this time around.

For all future listings, you will need to visit Doozer’s ebay user profile which is SirDoozeAlot

I love this idea because it is so ‘outside the envelope’.
A few a very few people could copy this and get away with hit, but for most it just won’t work.

But if you can come up with something else, something unique, that works, then I would love to hear about it and I will gladly spread the word.