Dirty, sleezy, noisy attitude
From the capital of the SW 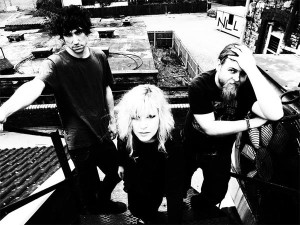 One of four bands to comment on this blog asking if I would check them out.  “Nasty Little Lonely” are unlikely to appear on next years X-Factor or be played on mainstream commercial radio any time soon.

The comment, left by bassist/vocalist Charlie B. included links to private sections of Youtube and Soundcloud which I presumably am not permitted to share with you at this time. However, with a name like theirs, it was no difficulty to locate their Bandcamp page; which is a bit short on information
There is however this track, “Lizardbrain” which is as good a place as any to start.

The Bandcamp has a link to their Facebook page (and vice versa). From there I discover that… 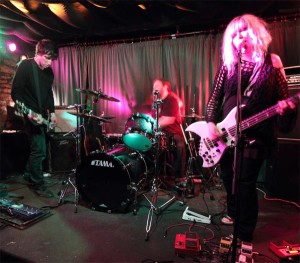 In fact the lo-fi sound is an illusion, deliberately created. This music is meant to be menacing, and edgy; and it is. But it is also littered with interesting changes and progressions. I’ll tell you how edgy it is, the Youtube video that I can’t share with you yet is filmed in the style of The Blair Witch Project, all black and white, shaky blurred edges, and awkward angles. It is damned impressive I can tell you.

As is so often the case, it is the female vocal, Charlie B, that makes the music really stand out. Her sweet little voice is heavily filtered but the quality of her voice is just discernible through it all.

It started out as sugary but has been caramelised with a blow torch, like the perfect crème brûlée.

You can find three more tunes on their Soundcloud page (public) including a track titled “Stadium-Dubstep remix by Mevz” which is really not my cup of tea, but I reckon the good folks over at XRP radio will love it if they haven’t got it already.
Also there is “Some Velvet Morning” with . (See Charlie’s comment below. ) The contrast between his relatively unfiltered (mostly just a bit of reverb and echo) smooth vocal, with Charlie’s “silk and razors” tone is quite compelling.

In looks, Charlie is reminiscent of Debbie Harry, and also reminds me, personally, of a singer who goes by the name of “Penny Lane” that I met during my days with Led Zep Too.
I mention this partly because she is clearly very beautiful but, in the same way as her pretty voice is distorted, the footage and photographs of her appear to play down her looks.

Presumably it is all integral to the image but despite everything, the qualities of this band; good looks, musicianship, quality vocals and great song writing, shine through the veil of scariness.