Actually they’re from
Thornton Cleveleys
to be specific.

It comes to something when on the 3rd of Jan you make a note to write an article about a band and it is the 12th of Feb before you make a start.
No wonder my kids don’t always do their homework if they get their work ethic from me.

From a comment on this blog, I came across this excellent young four piece from Thornton Cleveleys. (Yeah, I had to look it up too) It’s about half way between Fleetwood and Blackpool on the windswept Atlantic coast. It’s not a million miles from Liverpool and Manchester either and there is a sort of gentle overlaid indie scene influence that causes this band’s music to hint at such luminaries as Shed 7, Stone Roses, Inspiral Carpets, and plenty more of that ilk. 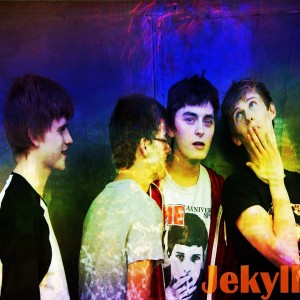 In their own blurb on their Facebook page they cite influences from Muse, Radiohead, Bloc Party, Maximo Park, The Smiths, Arctic Monkeys, Kasabian, Editors…
I can hear some of these but not all. Then again, I haven’t listened to the entire oeuvre.

This is “My Oh My” from the band’s Soundcloud page.

There isn’t a website as far as I can tell, although  there is a site for what I must assume is a totally different band of the same name which simply announces that they have disbanded as of 2012.